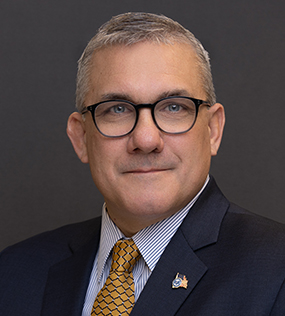 In 2004, Mr. Buckiso was named Division Manager of Rolling at Great Lakes Works and added oversight of the plant’s finishing operations to his area of responsibility in 2005. In 2006, he relocated to the Republic of Serbia to serve as General Manager of Finishing at the former U. S. Steel Serbia.

Mr. Buckiso was appointed Vice President – European Solutions and President of U. S. Steel Košice in June 2015 and advanced to Senior Vice President in June 2017. In this role, he had executive responsibility for the company’s operations in the Slovak Republic.

Mr. Buckiso is a native of Pittsburgh, Pa., and a 1990 graduate of the University of Maryland with a degree in communication and speech.