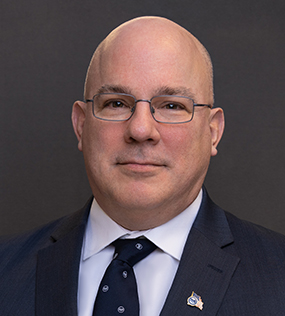 Mr. Bruno was appointed to his current role in October 2018 and has executive responsibility for the company’s operations in Slovakia.

Before joining U. S. Steel, Mr. Bruno spent 20 years with TRW Automotive, a global leader in automotive safety and one of the world’s largest automotive suppliers. During his time at TRW, he advanced through a series of increasingly responsible positions, most recently serving as Vice President – North American Braking Operations and Global Slip Control Portfolio. While at TRW, Mr. Bruno developed a proven track record of success in leading new products to market – from concept through design and implementation – for the competitive original equipment manufacturer (OEM) market. He also led a series of transformations to identify improvements in the value capture and material planning processes. Prior to joining TRW, Mr. Bruno managed various engineering and engineering technology programs for Eaton Corporation, Robert Bosch Corporation and General Dynamics.

Mr. Bruno is a member of the Society of Automotive Engineers. He earned a Bachelor of Science in electrical engineering technology at Purdue University and has a Master of Business Administration from Wayne State University.