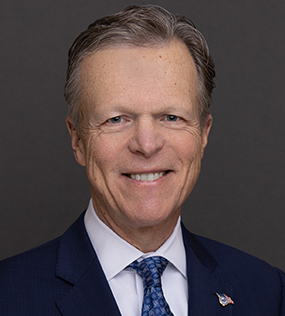 Terry L. Dunlap is principal of Sweetwater LLC, a consulting firm with a focus on manufacturing and technology. Previously, he served as Interim Chief Executive Officer and President of TimkenSteel Corporation from 2019 to 2021. Prior thereto, Mr. Dunlap spent 31 years with Allegheny Technologies, where he served as Executive Vice President, Flat-Rolled Products from May 2011 until his retirement in December 2014; President, ATI Allegheny Ludlum from 2002 to 2014; and Group President, ATI Flat-Rolled Products from 2008 to 2011.

Mr. Dunlap is a member of the Board of Directors at Matthews International, and previously served on the board of directors of Ampco-Pittsburgh Corporation and TimkenSteel Corporation. He is a past member and past president of the Indiana University of Pennsylvania Foundation Board.

Mr. Dunlap received a Bachelor of Science degree in marketing from Indiana University of Pennsylvania and attended the Loyola University of Chicago MBA program.