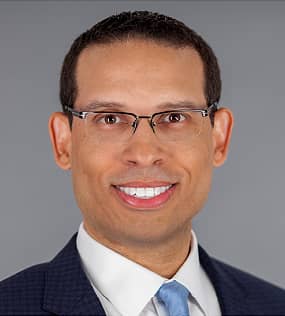 Duane D. Holloway joined U. S. Steel in April 2018 to serve as Senior Vice President, General Counsel, Chief Compliance Officer and Corporate Secretary.  He was appointed the additional role of Chief Ethics Officer in September 2018.  At U. S. Steel, Mr. Holloway holds executive responsibility for all legal, ethics and compliance matters across the company.  He is also responsible for corporate governance and managing relations with the company’s Board of Directors.

Before joining U. S. Steel, Mr. Holloway served as Executive Vice President and General Counsel at Ascena Retail Group Inc., then the largest women’s specialty retail and fashion company in the U.S.  During his time at Ascena, Mr. Holloway served as Global Chief Legal, Compliance, Sustainability and Diversity officer.  As a member of the company’s senior leadership team, Mr. Holloway played a key role in the development and execution of the company’s revised business strategy and transformation program.  He also led the transformation of those departments under his purview, significantly improving processes, service levels, outcomes, expense controls and levels of engagement.  Mr. Holloway also oversaw the development of Ascena’s first-ever enterprise diversity function and strategy, in addition to a comprehensive corporate social responsibility and philanthropic program.

Prior to joining CoreLogic, Mr. Holloway spent nine years at Caesars Entertainment Corp., the world’s largest gaming company at the time, where he progressed through increasingly responsible roles in the legal department before being named Senior Vice President and Chief Counsel, Operations and Litigation.  In this role, he functioned as general counsel for the company’s global operations division, which included all casinos, resorts, hotels and other related holdings around the world, and helped lead the department’s continuous improvements to its operating model and strategy.