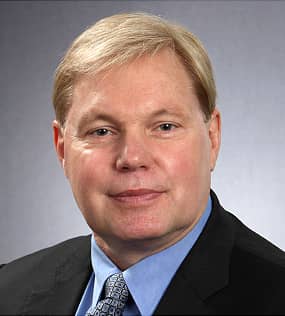 Barry Melnkovic joined U. S. Steel in May 2017 as Vice President and Chief Human Resources Officer (CHRO) and advanced to Senior Vice President and CHRO in March 2018. In this role, he is accountable for all facets of the company’s global human resources and labor relations strategies and organizations. As he has throughout his career, he is focused on driving financial results through people, with particular emphasis on attracting, developing and retaining top-level talent and creating a high-performing organization that puts safety first at all times.

Previously, he served as Executive Vice President and Chief Human Capital Officer, Labor Relations, Diversity and Lean Enterprise Solutions for National Railroad Passenger Corporation / Amtrak. He was also a corporate officer and executive committee member while at Amtrak. During his tenure, Mr. Melnkovic developed and executed Amtrak’s human and labor relations strategies for the company’s large workforce. He established an enterprise-wide lean six sigma function and developed a culture of operational excellence and accountability. Mr. Melnkovic’ s contributions and leadership in these areas played a leading role in the Amtrak team’s ability to achieve key business objectives in delivering record revenue, ridership, customer satisfaction and savings. During his tenure, Amtrak made the Forbes Best Employers list and significantly improved its standing year over year. The company also made the inaugural STEM Jobs list and in 2016 ranked first in the transportation industry. Amtrak also won numerous awards as a veterans’ destination employer of choice and earned Workforce magazine’s highest honor, the Optimas Award for General Excellence, in 2014. He was named the 2016 HR Executive of the Year by Human Resource Executive magazine.

Earlier in his career, Mr. Melnkovic advanced through increasingly responsible positions in the human resources, labor relations, compensation and benefits fields at Cummins Engine Company and Ashland Chemical. Mr. Melnkovic began his professional career at PPG Industries. His approaches to leadership development, ergonomics and applied safety training were used to drive significant improvements in safety, cost and quality at an underperforming facility and were adopted globally. He also served as Controller of a PPG business unit during his tenure.

Mr. Melnkovic has also served as Vice President – Talent Management and Business Development at a search and consulting practice.

Mr. Melnkovic is certified by the HR Certification Institute as a Senior Professional in Human Resources (SPHR). He has also been recognized multiple times for his accomplishments and leadership in his field. In addition to being named the 2016 HR Executive of the Year by Human Resource Executive magazine, he also was awarded the 2016 Chief Human Resources Officer of the Year in the Large Company category by the HR Leadership Awards of Greater Washington, D.C. One year prior, Evanta recognized him with its HR Breakaway Leaders Award, which honors CHROs whose leadership elevated the performances of their people, partners and business. Aon selected Amtrak for its HR Innovation and Excellence award from more than 400 organizations based on talent, total rewards and HRIS excellence.

A native of Windber, Pa., Mr. Melnkovic is the son of a retired U. S. Steel crane operator and welder who spent much of his career at the company’s former Johnstown Works in Johnstown, Pa. Mr. Melnkovic earned a bachelor’s degree in economics with honors from the University of Pittsburgh and received a master’s degree in human resources from Rutgers University.